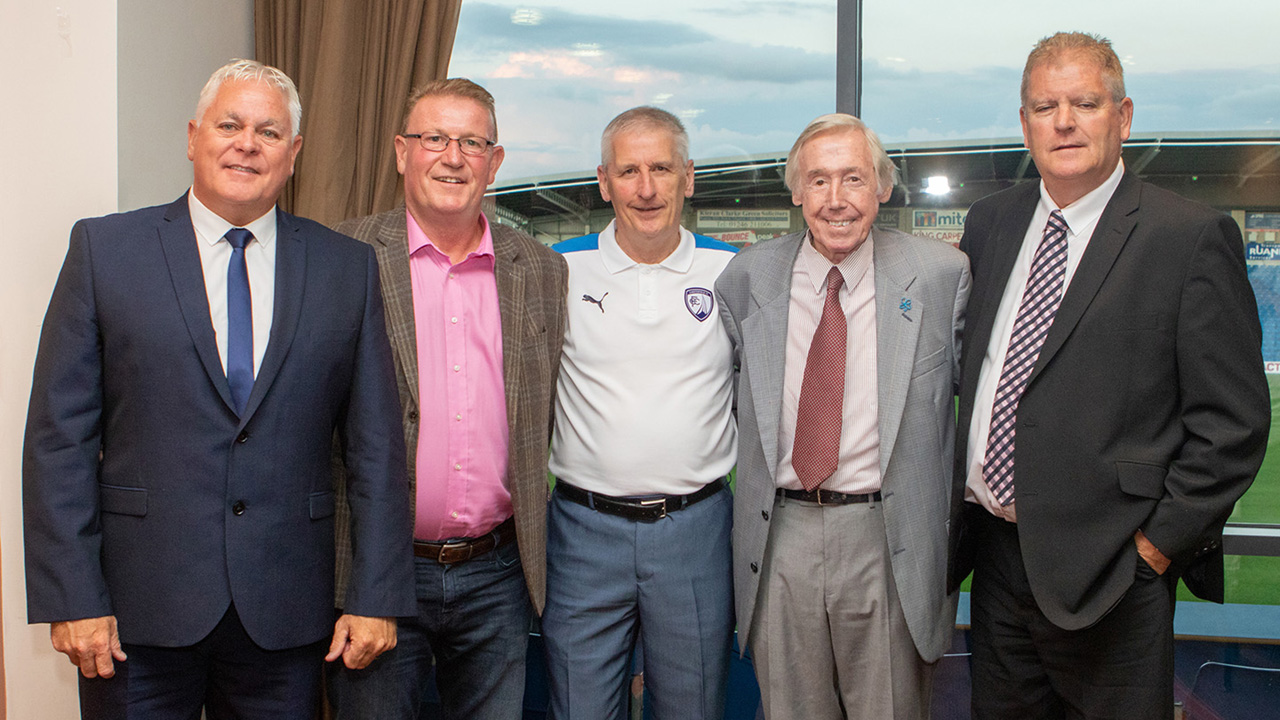 The event was hosted by Phil Tooley and Nick Johnson and it gave a chance to celebrate the clubs rich history of goalkeepers.

The event went very well with multiple former goalkeepers attending like Steve Cherry, Chris Marples and Glan Letheren. They all talked about their time at the club with many amusing stories being told.

The 1966 World Cup winning goalkeeper for England, Gordon Banks, was also at the Proact Stadium for the event. Gordon talked about his time at Chesterfield, the 1966 World Cup and that famous save from Pele’s header.

ormer Spireites shot stopper, Jim Brown, was also awarded with the second annual Ernie Moss Award for Outstanding Contribution to Chesterfield FC. Jim has contributed much of his life to the football club both on and off the pitch. He was also an integral part of saving Chesterfield FC in 2001.

The Trust’s Governance Officer, Peter Whitley, was extremely pleased with how the event went. He said, “We love evenings like this where we can remember the history and reach some of the players that have served us with distinction. I was glad that we got a selection of great goalkeepers from over the years, particularly our own World Cup winner. I’m also very happy that the fans enjoyed it so much. We are going to continue to hold events like this over the coming years.”