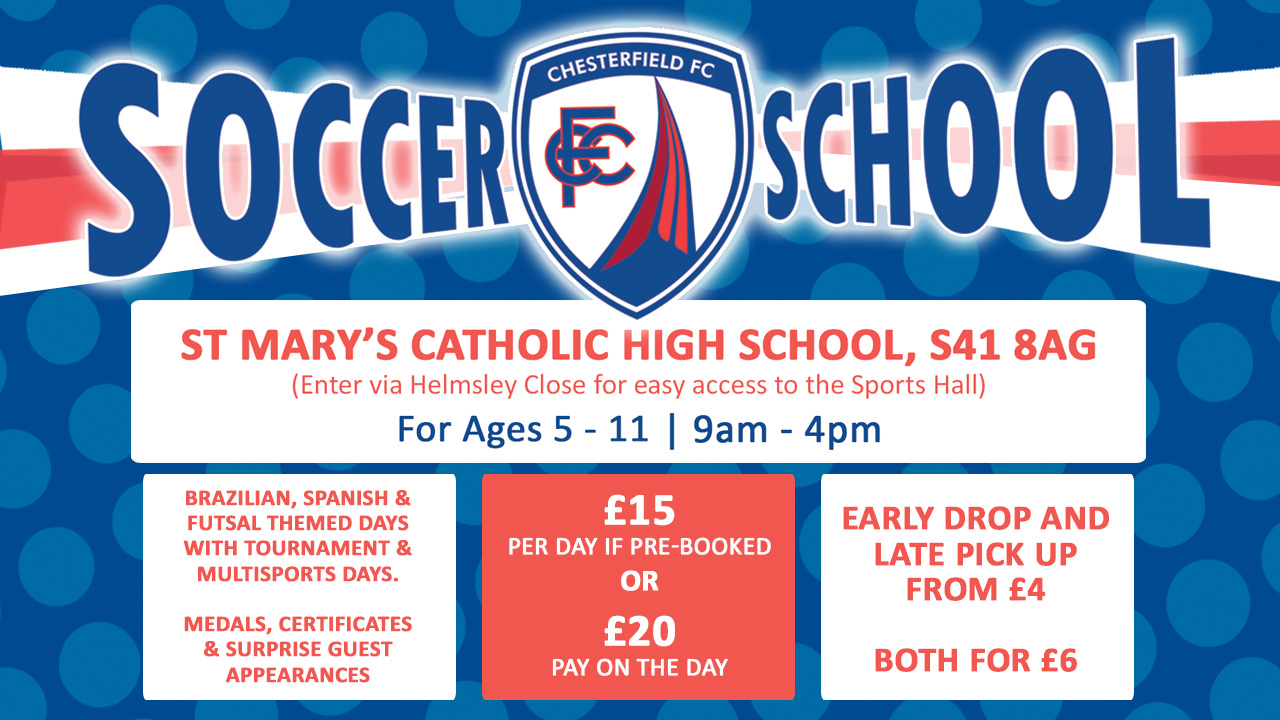 During the six-week Summer Holidays, the Trust will be running the Spireites Soccer School at St Mary’s Catholic High School and several Roadshow venues.

We will be running two free days during the Summer Holidays. Theses are Monday, July 23 and Monday, August 20.

For the first time ever, we will be running a Spireites Goalkeeper Soccer School at St Mary’s High School every Wednesday.

All sessions during the Summer Holidays run from 9am-4pm. However, for all St Mary’s High School sessions, there will be an early drop off and a late pick up option for a small additional fee.

Sessions are priced at just £15 between 9am-4pm and if you book the full week with us, you will save £15.

For more information, please email our Activities Team or call 01246 264030. If you want to book a place on the sessions, please visit our Official Soccer School Website.