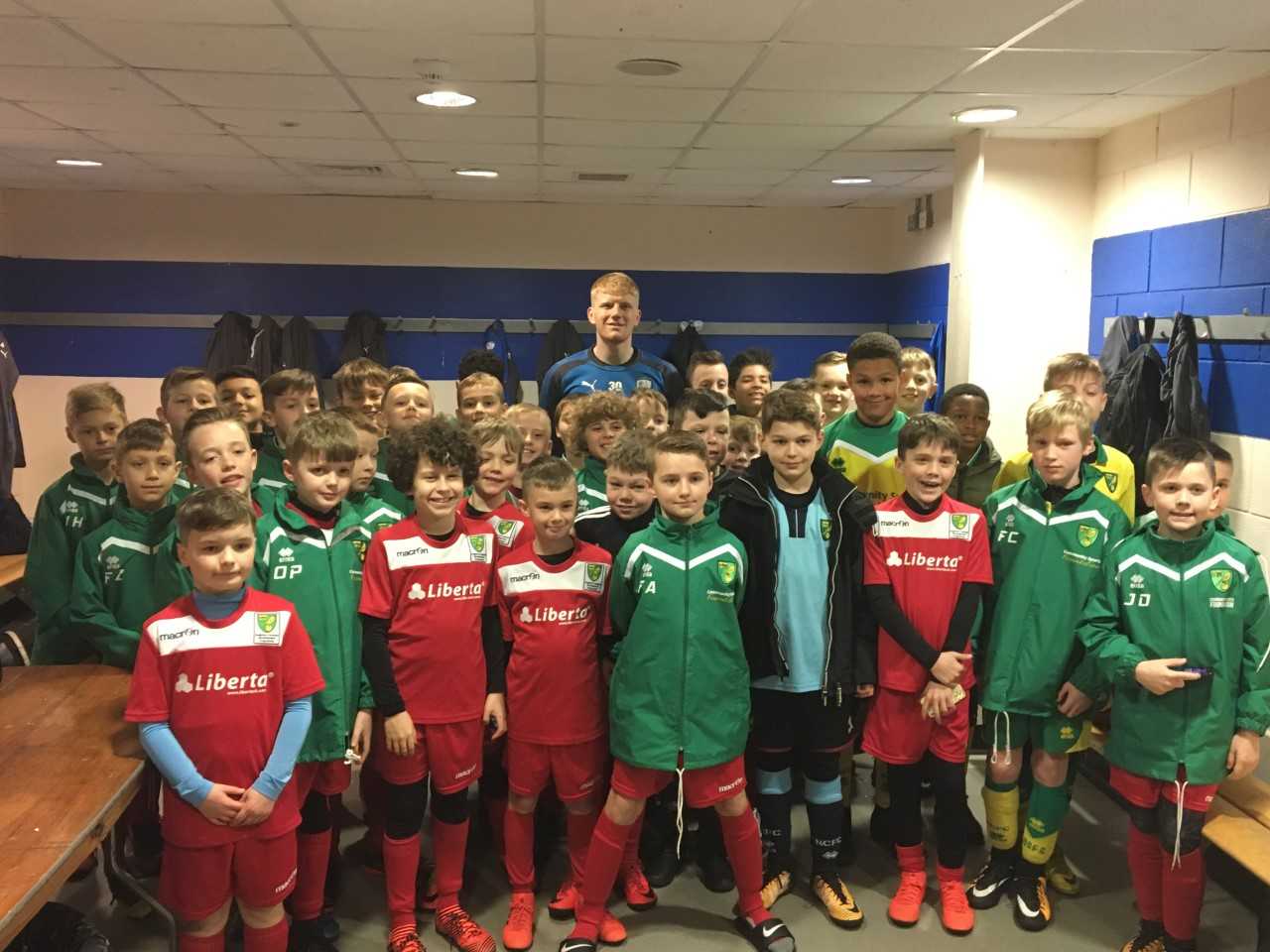 The players had a tour of the Stadium and were lucky enough to meet Chesterfield FC’s Dylan Parkin on their way round, who was happy to answer questions about his career and the characteristics and qualities that professional footballers have.

They visited the home and away dressing rooms as well as the dugouts, before seeing the trophy cabinet and visiting the Club Superstore.

The players enjoyed the trip saying the Stadium was “really cool” and were impressed to learn about Sean Dyche and Kevin Davies’ time at Chesterfield, as well as current Manager Jack Lester’s scoring record and shirt retiring. They then boarded their coach to Shirebrook for a fun day full of fixtures.

The players then took part in a number of games against the Emerging Talent Centre, the games were very competitive and played in the right spirit. Both teams were a real credit to their respective clubs.

After the games, players from both teams took part in numerous activities including football darts, goggle football and dodge ball. It was a great day for all involved and something that we hope we can do again.