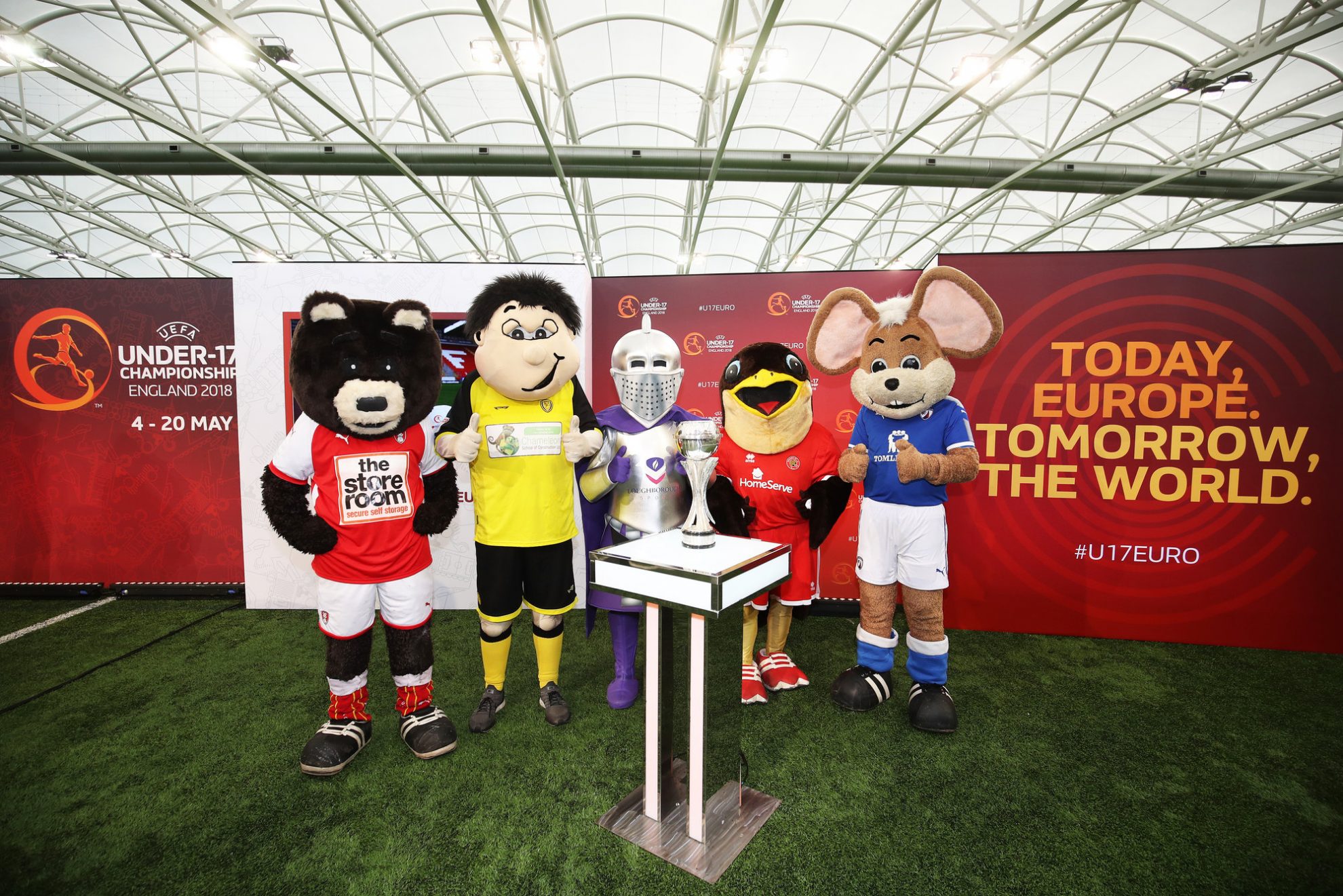 On Thursday, April 5, the draw for the UEFA Under-17 Group Stages were made. Chester went to St George’s Park with fellow mascots from Burton Albion, Rotherham United, Walsall and Loughborough Sports to see who the Young Lions would draw in the group stages.

The draw was hosted by Alex Scott with Wayne Rooney and John Delaney picking out the teams. England’s senior Manager Gareth Southgate was also at the draw, intrigued to see who the Young Lions would be facing.

England were drawn in a very tough Group A with Israel, Switzerland and Italy with the Three Lions first tournament game being against Israel at the Chesterfield FC Stadium on Friday, May 4 at 7:00 pm.

The other group games at the Chesterfield FC Stadium alongside England vs Israel are:

England’s leading goalscorer Wayne Rooney spoke highly about the tournament, “It’s a time in your career where you are still developing, you really enjoy it and you enjoy the difficult challenges. These tournaments can catapult you onto the next level and break into the first team at your club.”

Steve Cooper, Manager of the England Under-17’s said, “We’ll be respecting all teams like we do but very much focusing on getting ourselves right when the games come along and we’ll be ready to deliver when it counts.”

To get tickets for any of the Group Stage matches at the Chesterfield FCStadium, go to the FA’s UEFA Under-17’s European Championships Ticket Page.