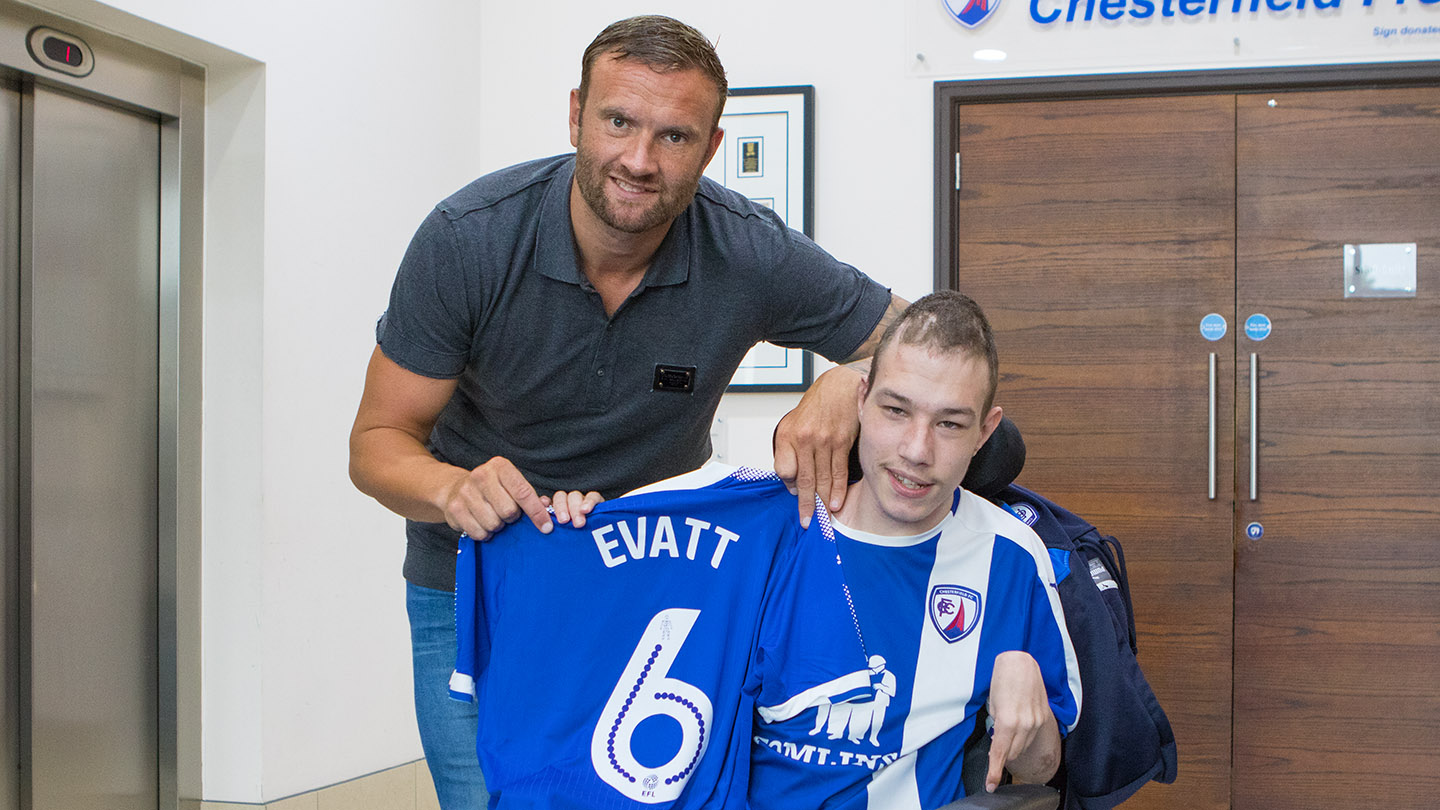 The Spireites Trust have nominated Ian Evatt to win the Player in the Community award at the annual EFL Event. The 3 areas that Ian has been nominated for were:

1) Whilst most players were enjoying the summer break during 2017, Ian Evatt spent time visiting Niall Brunt in hospital, a Chesterfield FC supporter who had been attacked by his own family dogs. Having visited Niall, Ian arranged for Niall and his Dad to visit the Proact Stadium and have lunch with the full squad during pre-season training, before presenting him with a signed shirt.

2) Again during the summer break, Ian surprised kids at the Chesterfield FC Community Trust Soccer School, visiting and answering questions about being a professional footballer. Ian then gave away a signed match worn shirt and joined in with the afternoon’s tournaments.

3) Throughout the season, Ian has been the point of contact for player visits. Setting an example to younger pro’s by attending more player visits himself than any other player.

On being nominated Ian said  “As one of the more experienced pros in the dressing room, I want younger players to see the importance of our visits in the Community. I love this aspect of our job, which gives us a chance to meet fans and interact with the local community”.

Spireites Trust activities manager Keith Jackson said “Ian has set a great example for players this season, by not only attending our player visits but by also instigating his own. Showing that he truly embraces the importance of community and the clubs fans”