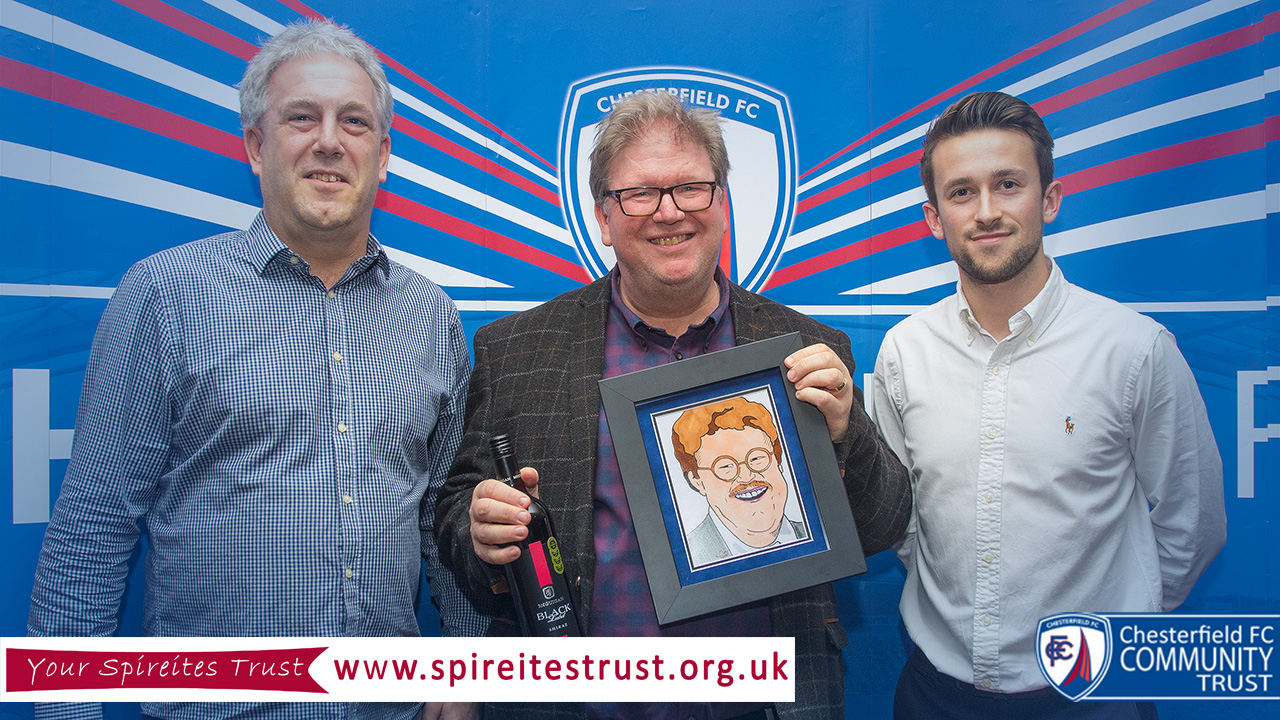 It is 40 years since Phil Tooley first took up a voluntary post at Chesterfield FC and he has performed some role every season since.

In October 1977 Phil was elected to the Supporters Club committee since then he has been among other things a Director, a Memorial Garden trustee, Programme editor and website contributor.  He was also an integral part of the Chesterfield Football Supporters Society, including for a time, its Chairman and so instrumental in saving the Club in 2001.

Phil has of course written and broadcast about Chesterfield FC with just about every local media service.  He was also Managing Director of Supporters Direct.  His support for links to the community  has always been significant and he is a regular organising and hosting Trust events of all sorts including the Young Spireites.

It was fitting that his hosting of yet another Trust event, the inaugural Quiz Night, gave an opportunity to recognise his years of service.  Phil was presented with his Badly Drawn Spires portrait by Rich Cotterill as part of the evening.